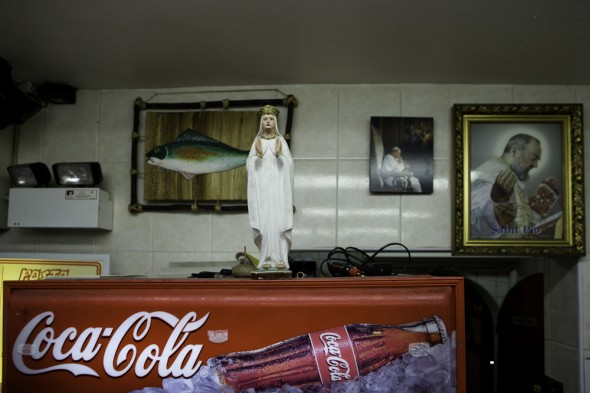 Religious statues and grottos are commonly found in housing estates, schools, crossroads, churches, railway crossings and town squares throughout Ireland. Many were erected in the Marian year of 1954 as a celebration of Mary and to protect an area and bless the people around them.

Steve Ryan is an Irish photographer, from Kilkenny, currently based in London. His work explores people and their environments however in this project he has focused on objects and how their environment has changed over time. Steve studied photography in Griffith College, 2005-2006, and followed that with assisting some of Ireland’s most notable photographers for several years. During 2006-2009, Steve was based in Dublin when he was staff photographer for Totally Dublin magazine while contributing to The Sunday Business Post’s Agenda magazine and The Sunday Independent’s Life magazine among others. In early 2009 he moved to Berlin where he lived for two years working mainly for Vice magazine among other commercial commissions. In 2010, he relocated to London and is currently based.
www.steveryanphotography.com