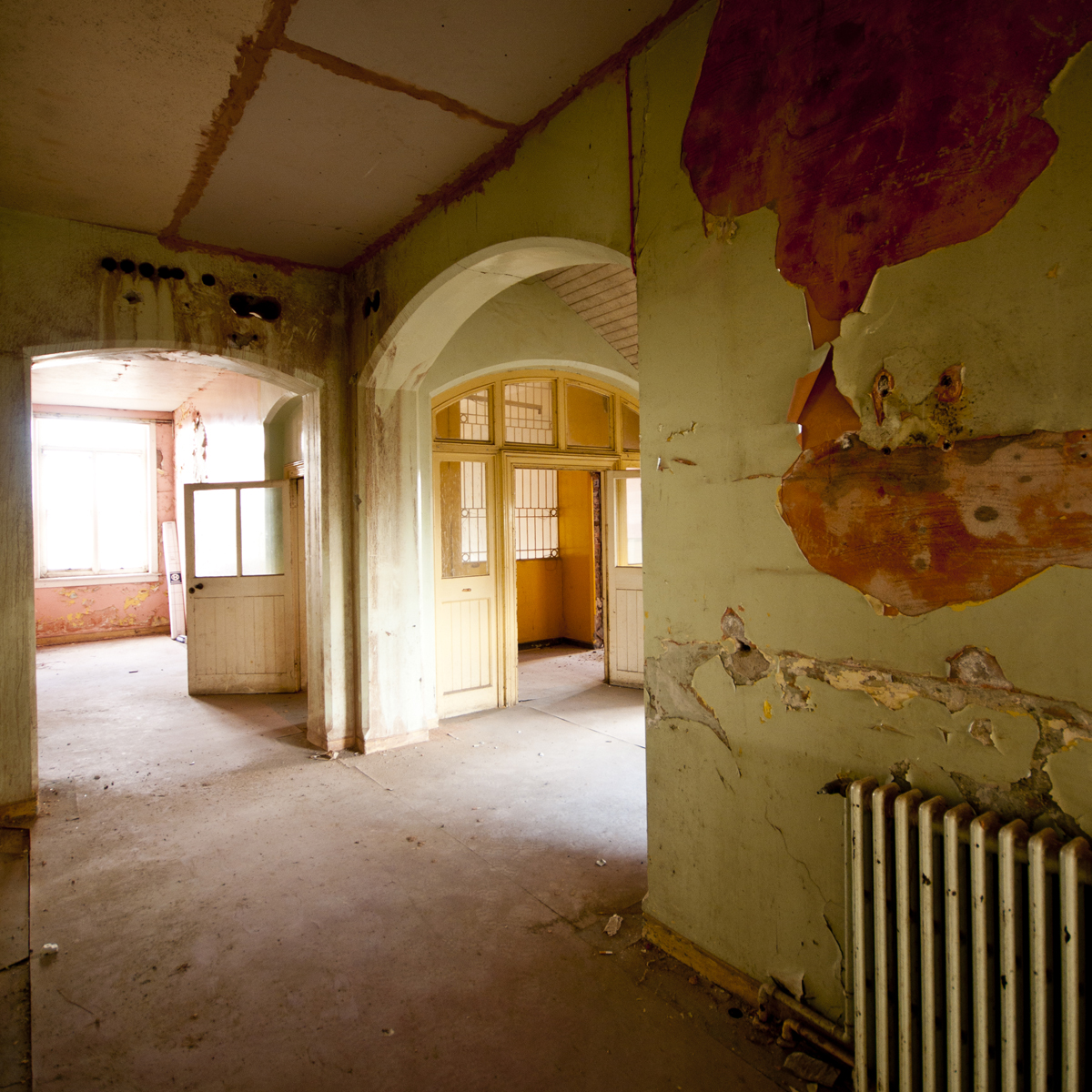 A feeling of being left behind comes over you as you walk each hallway, a feeling of isolation as the door closes behind you. Once you are signed in, you cannot just leave. There is nobody around but you can still feel authority. There is an ever-engaging absence in these abandoned buildings but an overpowering presence behind each door. Where have all these people gone? To find another home or have they found another world. They have migrated, moved away to start a new beginning but their stories and activities remain imprisoned behind old stonewalls for others to tell. There is a beauty in decay, and excitement in desertion. The silence of these abandoned rooms creates an authoritative energy. Even though they are scenes of collapse and darkness, each image is beaming with light, how the outside world wishes to fill each room with colour and enthusiasm.
www.johnlalorphotography.ie

John is a Photography graduate from Griffith collage Dublin where he also received an academic achievement of excellence in the field of photography. He currently works from his studio in County Laois. Planning photo-shoots, editing, printing, and looking for new scenes and impressions are how most days are consumed. John’s first solo exhibition ‘Third World Eyes’ was exhibited in 2010 which has fueled a love of personal projects and motivated john to think long term about his work and think of each project as on-going, allowing it time to develop and change along its path. John’s love of photography took him around the world for 18 months in 2007 exploring the world and involving him in all aspects of life and culture. The expedition established a new way of seeing which has since put a frame around the world, and the camera has become a passport to enter places, corners, and situations in a new frame of mind or a new intensity of light.