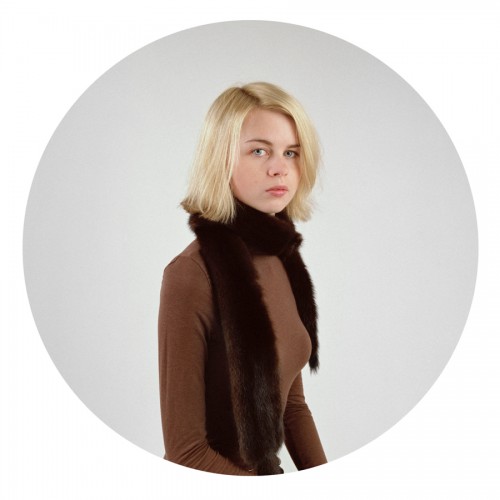 While this year’s festival theme is discussed over a number of shows around town, the main exhibition, On Migration, features a condensed vision of our curatorial approach to the subject. We have chosen ten projects by contemporary artists from around the globe for this show. Some of the projects are still works in progress or to-be-published photobooks; others have been finished in the last five to ten years. What they have in common is a personal view on Migration as a phenomenon, which has shaped our planet and the way we live, today more than ever before.

On the outside façade of Moxie Studios, we present Max Becher and Andrea Robbins’ series 770, which shows the Lubavitcher headquarters, located at 770 Eastern Parkway in Crown Heights, New York, and another eleven replicas of the building, around the globe. The following three projects are still in progress, and will be published as photography books soon. The first one is Francisca Lopez’s project on the Hungarian photographer Bandi Binder who was born in Transylvania and emigrated to Buenos Aires, the second one is Gergely Laszlo’s book dummy on the Yad Hanna Kibbutz, to be published this year, together with Tehnica Schweiz, as The Collective Man. The third one is Nasz Dom (“Our Home”), by Carlos Albalá, a search of “a possible (or impossible) pact between history and memory” in Post-War Poland.

Tumulus, a collaborative project by Roger Eberhard and James Nizam catalogues the ruins of summer cabins demolished by their owners in the wake of a land dispute on the Katzie reserve in Pitt Lake, British Columbia. Mark Curran’s Ausschnitte aus EDEN/Extracts from EDEN analyses the case of the former East German city of Lausitz, which has experienced rapid economic decline as jobs have gone further East, while its younger population is migrating to the West.

Anthony Luvera shows the Assisted Self-Portraits of Ruben Torosyan, who had left Georgia in the late 1980’s, when the country was still under Soviet rule, and spent over five years travelling across Europe attempting to obtain political asylum in over 15 different countries. Dinu Li presents The Mother of all Journeys, a personal account of his parents’ passage from Southern China to Northern England, and his own, as he revisits the places that are pictured in family photographs.

The question of what is lost and what is gained in the process of transition between leaving home and settling in the host country is addressed in Ieva Baltaduonyte’s Project Migracijos, a dialogue with Lithuanian women representing two generations who came to live in Ireland during the ‘Celtic Tiger’ years. The resulting ‘conversations’ reveal intimate intercultural complexities concerning notions of home, language and history.

We have also chosen two of the participants of this year’s portfolio reviews to participate in the main exhibition. Tina Remiz tells the story of her home country, Latvia, from a perspective of somebody who left in search for a better life elsewhere, and she captures the experience of returning to her homeland where she no longer belongs. Darek Fortas has also left his home in Poland to become what is now called a “New Irish” citizen. His project Coal Story is the accumulation of an extensive photographic engagement (and archival research) with the Solidarity-Movement of the Polish coal-miners and their struggle and resistance against communist regimes in the 1980s.

The main exhibition is complemented by the show Books on Migration, curated by Irène Attinger, and an exhibition, which has been curated by five photography magazine editors. The latter project is presented as an installation, which reminds of the printed pages of a magazine. Some of these projects include videos, such as Heidrun Holzfeind’s The Romanians (Live like a king) and Kateřina Držková’s Borders.

These works will be shown as part of the video programme, together with other pieces such as Lilibeth Cuenca Rasmussen’s Absolute Exotic, in which the Danish artist, of Philippine origins, joyfully sings about discrimination and otherness, and Debbie Castro’s Focused Identity, Unfocused Spaces, that is focused on the largest Latin American market in Great Britain, “Pueblito Paisa”, located in north east London.