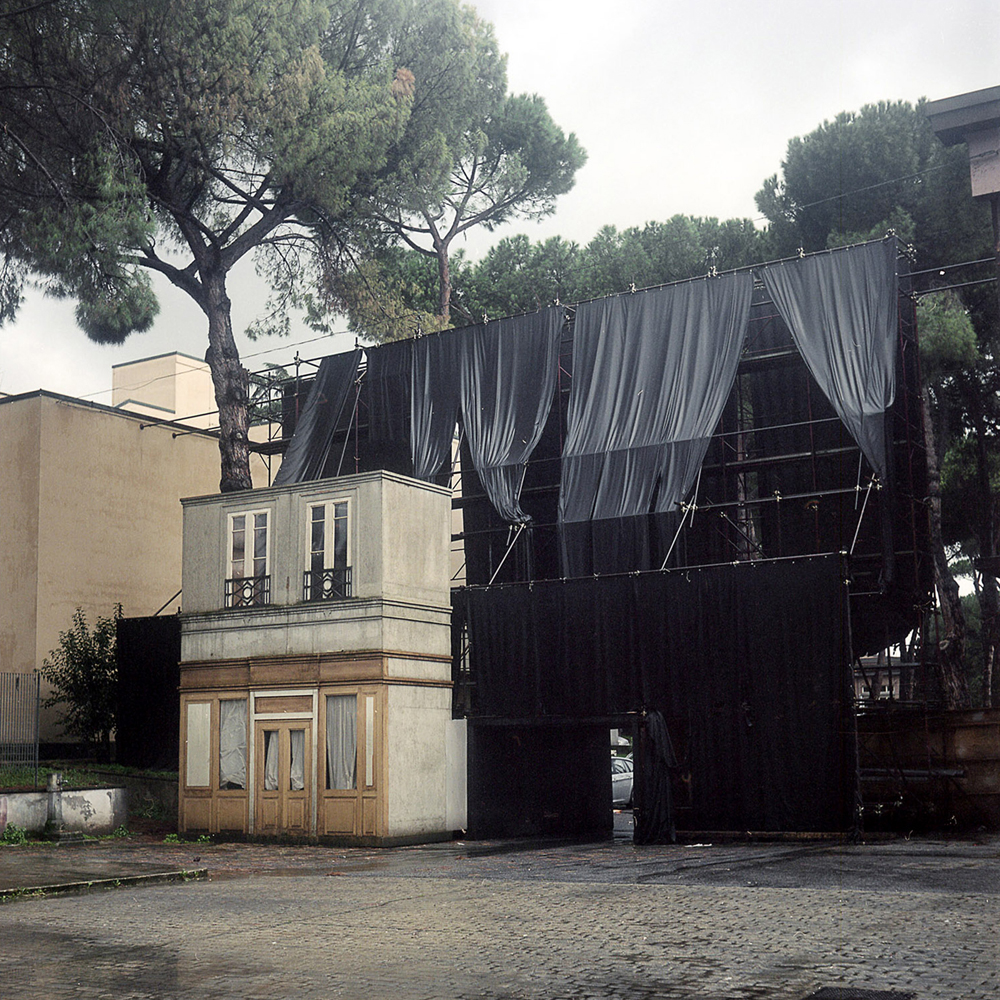 “Most of the time, as we look around it seems as if our surroundings had always been like that. It is a quite natural attitude, which leads us to be surprised when we become aware of changes. Unaware of our destiny, and therefore in need of certainty, we rather prefer places to remain immutable and in some ways as eternal representations outside of time. The work that Gianluca Gamberini has started in Cinecittà movie Studios in Rome testifies to temporary realities by definition. He reminds us of the importance of revealing the landscape through photography, of building up stores of memory, of collecting stories about how we were and what was there. Nothing lasts forever. Our very existence needs confirmations that can only be found in the tracks already beaten, in the memories that recall only those places where we have lived.”

Gianluca Gamberini has been working in the movie industry as second assistant director for the past five years and during this period he started shooting his series about abandoned scenography inside the historical Cinecittà Studios in Rome. His poetic is based on the idea of beauty and time, and the abstract and metaphysical side of it. The show and hide mechanism, the real and fake that at the end overlap, as if they were different sides of the same story.